I will provide a historical perspective on wait-free simulations of multi-bit shared registers using single-bit shared registers, starting with classical results from the last century and ending with an overview of the recent resurgence of interest in the topic. Particular emphasis will be placed on the space and step complexities of such simulations. 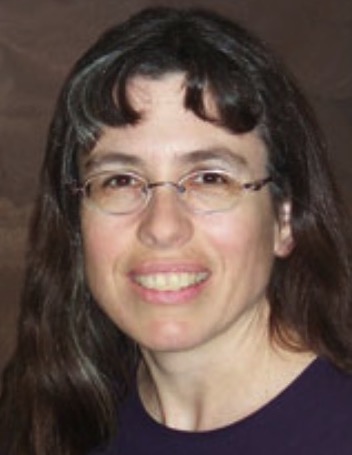 Jennifer L. Welch is Regents Professor and Chevron Professor II in the Department of Computer Science and Engineering at Texas A&M University. She received her SM and PhD from the Massachusetts Institute of Technology and her BA from the University of Texas at Austin. Her research interests include algorithms and lower bounds for distributed computing systems, especially distributed shared objects and dynamic networks.

Distributed Systems and Databases of the Globe Unite! The Cloud, the Edge and Blockchains
Amr El Abbadi, Department of Computer Science, University of California, Santa Barbara

Significant paradigm shifts are occurring in the way data is accessed and updated. Data is “very big” and distributed across the globe. Access patterns are widely dispersed and large scale analysis requires real- time responses. Many of the fundamental challenges have been studied and explored by both the distributed systems and the database communities for decades. However, the current changing and scalable setting often requires a rethinking of basic assumptions and premises. The rise of the cloud computing paradigm with its global reach has resulted in novel approaches to integrate traditional concepts in novel guises to solve fault-tolerance and scalability challenges. This is especially the case when users require real-time global access. Exploiting edge cloud resources becomes critical for improved performance, which requires a reevaluation of many paradigms, even for a traditional problem like caching. The need for transparency and accessibility has led to innovative ways for managing large scale replicated logs and ledgers, giving rise to blockchains and their many applications. In this talk we will be explore some of these new trends while emphasizing the novel challenges they raise from both distributed systems as well as database points of view. We will propose a unifying framework for traditional consensus and commitment protocols, and discuss novel protocols that exploit edge computing resources to enhance performance. We will highlight the advantages and discuss the limitations of blockchains. Our overall goal is to explore approaches that unite and exploit many of the significant efforts made in distributed systems and databases to address the novel and pressing needs of today’s global computing infrastructure. 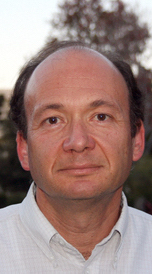 Amr El Abbadi is a Professor of Computer Science at the University of California, Santa Barbara. He received his B. Eng. from Alexandria University, Egypt, and his Ph.D. from Cornell University. Prof. El Abbadi is an ACM Fellow, AAAS Fellow, and IEEE Fellow. He was Chair of the Computer Science Department at UCSB from 2007 to 2011. He has served as a journal editor for several database journals, including, The VLDB Journal, IEEE Transactions on Computers and The Computer Journal. He has been Program Chair for multiple database and distributed systems conferences. He currently serves on the executive committee of the IEEE Technical Committee on Data Engineering (TCDE) and was a board member of the VLDB Endowment from 2002 to 2008. In 2007, Prof. El Abbadi received the UCSB Senate Outstanding Mentorship Award for his excellence in mentoring graduate students. In 2013, his student, Sudipto Das received the SIGMOD Jim Gray Doctoral Dissertation Award. Prof. El Abbadi is also a co-recipient of the Test of Time Award at EDBT/ICDT 2015. He has published over 300 articles in databases and distributed systems and has supervised over 35 PhD students.

Distributed systems are constantly faced with difficult decisions to make, such as in scheduling, caching, and traffic routing to name a few. In most of these scenarios, the optimal decision is unknown and depends heavily on context. How can a system designer know if they have deployed the best decision-making policy, or if a different policy would perform better? As a community, we have developed a few methodologies for answering this question, some of them offline (e.g., simulation, trace-driven modeling) and some of them online (e.g., A/B testing). Neither approach is satisfactory: the offline methods suffer from bias and rely heavily on domain knowledge, and the online methods are costly and difficult to deploy. What system designers ideally seek is the ability to ask “what if” questions about a policy without ever deploying it, or counterfactual evaluation. In this talk, I will show how reinforcement learning and causal inference can be synthesized to counterfactually evaluate a distributed system. We will apply this methodology to production infrastructure systems in Azure, and face fundamental challenges and opportunities along the way. This talk will serve as an introduction to reinforcement learning and the counterfactual way of thinking, which I hope will interest and inspire the OPODIS community.

Siddhartha Sen is a Researcher in the Microsoft Research New York City lab, and previously a researcher in the MSR Silicon Valley lab. He uses data structures, algorithms, and machine learning to build more powerful distributed systems. His current mission is to optimize cloud infrastructure decisions in a way that is minimally disruptive, synergistic with human solutions, and safe. Siddhartha received his BS degrees in computer science and mathematics and his MEng degree in computer science from MIT. From 2004-2007 he worked as a developer at Microsoft and built a network load balancer for Windows Server. He returned to academia and completed his PhD from Princeton University in 2013. Siddhartha received the inaugural Google Fellowship in Fault-Tolerant Computing in 2009, the best student paper award at PODC 2012, and the best paper award at ASPLOS 2017.